Among the most highly regarded contemporary violin makers, Benjamin Ruth was awarded Gold medals for both violin and viola in the 2012 Violin Society of America international competition. Active in violin making for 40 years, his instruments have been featured by leading violin shops nationwide. Today, Mr. Ruth concentrates on working directly with musicians to create ideal instruments for demanding careers, with the help of his wife Susan. They live and work in Boston’s North Shore.

Mr. Ruth is committed to the highest standard of artistry in violin making, and is a leading participant and teacher in the Oberlin Violin Making Workshop, a highly regarded gathering where top notch makers from all over the world come together to exchange ideas and knowledge. He has also participated in similar professional development events in Europe.

A graduate of the Violin Making School of America, Benjamin Ruth received advanced training from 1979 to 1982 with Rene Morel at Jacques Francais Rare Violins. After opening a shop in his native Philadelphia, in 1989 Mr. Ruth joined Reuning & Son Violins in Ithaca, New York, specializing in restorations. He remained in Ithaca to concentrate on making violins after Reuning & Son moved to Boston in 1994. For the last twenty years, he has concentrated exclusively on producing new violins, violas, and cellos for discerning artists.

Having been awarded gold medals in three distinct VSA competitions, he has been designated “Hors Concours,” and has served as a Judge for the VSA. He also received a top prize for tone at the most recent competition of the British Violin Making Association in London. 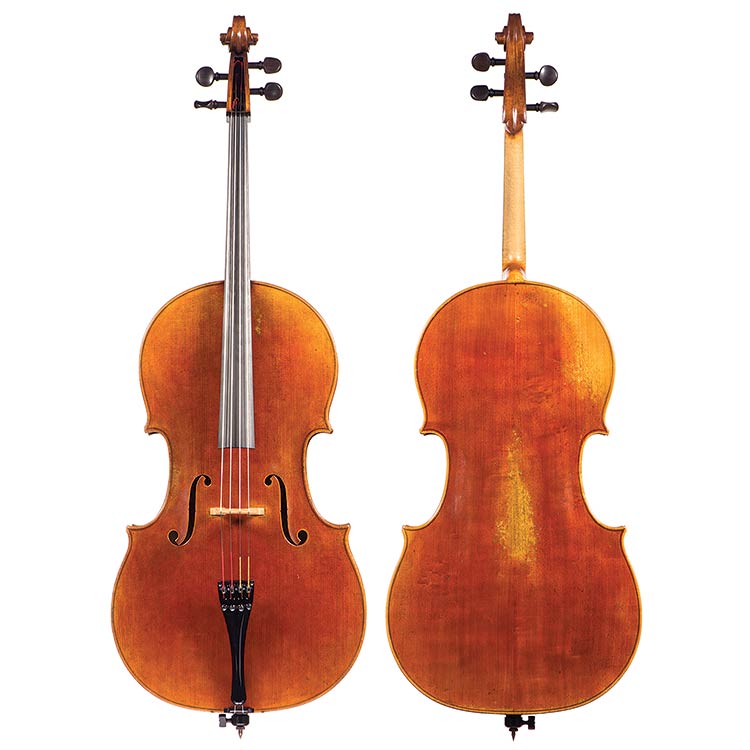 Born in Lecce, Italy in 1972, Francesco Toto studied at the G. Pellegrino Institute for Art in Lecce and the International School of Violin Making in Cremona.

Toto is an award-winning maker, placing third in 2001 and second in 2005 at the International Violin Making Competition in Mittenwald, Germany. In addition to numerous other accolades, he won first prize at the 2006 Cremona Triennale lutherie competition. He is a member of the Cremona “Antonio Stradivari” Consortium of Violin Makers and the Violin Society of America.

Toto has maintained his own workshop in Cremona since 1996.

American cello maker and restorer Gary Davis has served as a luthier for over 25 years. His cellos have won numerous awards, including Silver Medals for Cello Tone at the Violin Society of America competitions of 2002 and 2006. Based in Foxborough, Massachusetts, Davis heads a full service shop, where he builds new cellos and provides tonal adjustments and restoration for distinguished clients, including cellists Andrés Díaz, Sergey Antonov, and Terry King. Davis also holds a Bachelor of Music degree in Cello Performance from the Boston Conservatory of Music. 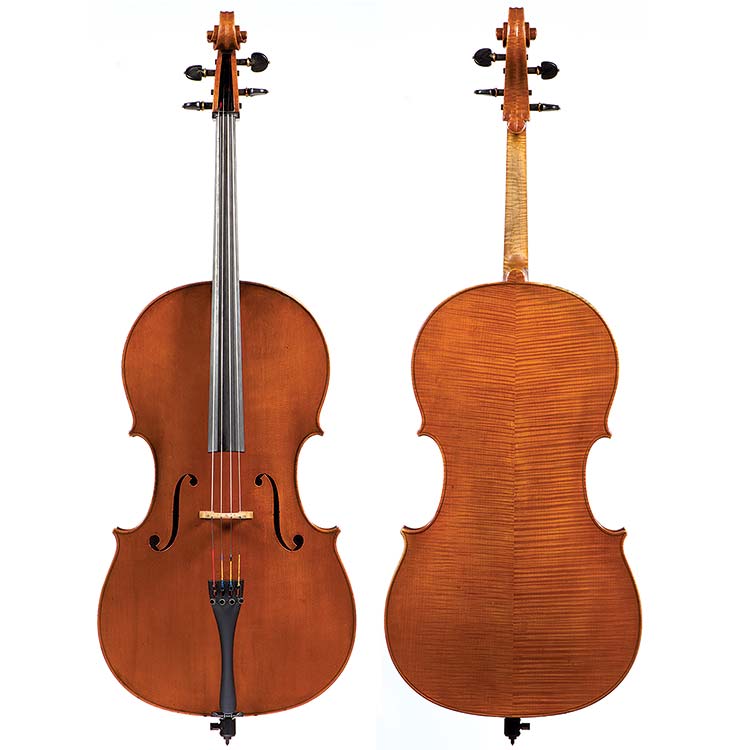 Canadian luthier Gregory Walke (b. 1952) studied violin making at the Welsh School of Violin Making and Repair. He worked for several years in Wales, then in Germany with Hieronymus Koestler in Stuttgart, before returning to his native Canada.

In 1988, Walke established a studio with Sibylle Ruppert in Paisley, Ontario, where he worked as a restorer for top North American shops, including Moes & Moes. He also has collaborated with his his brother, bow maker Bernard Walke. He currently dedicates his time solely to making his own instruments. 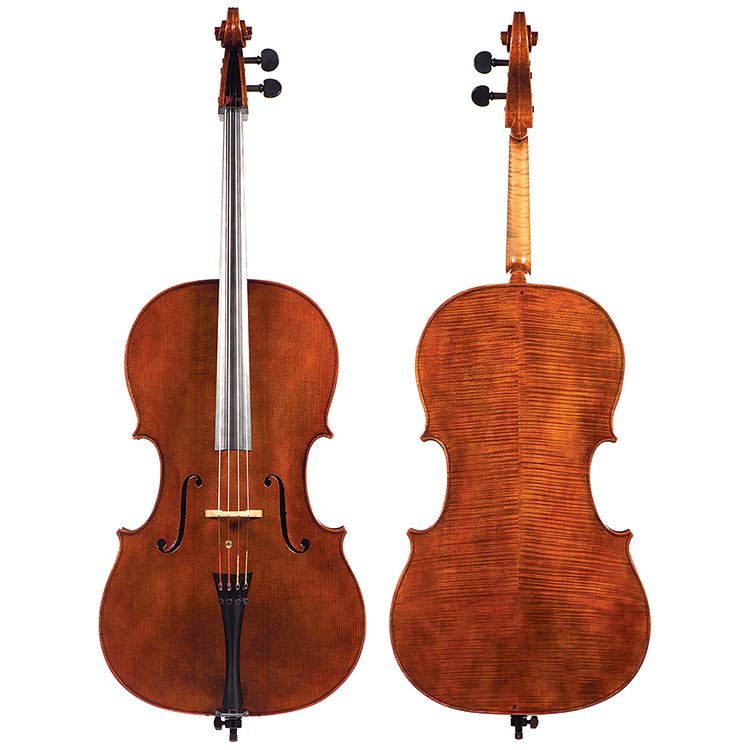 Celebrated American luthier James McKean was among the first group of students at the Violin Making School of America, founded in Salt Lake City, Utah in 1973. He then worked with Vahakn Nigogosian in New York City before opening his own workshop in 1981.

A prolific and award-winning maker of violins, violas, and cellos, McKean is also a corresponding editor for Strings Magazine, for whom he has written extensively on all aspects of the violin over the past 30 years. His articles also appear in The Strad, and his recent memoir, Art’s Cello, was selected by its publisher, Kindle Singles, as one of the 20 best books of 2014. 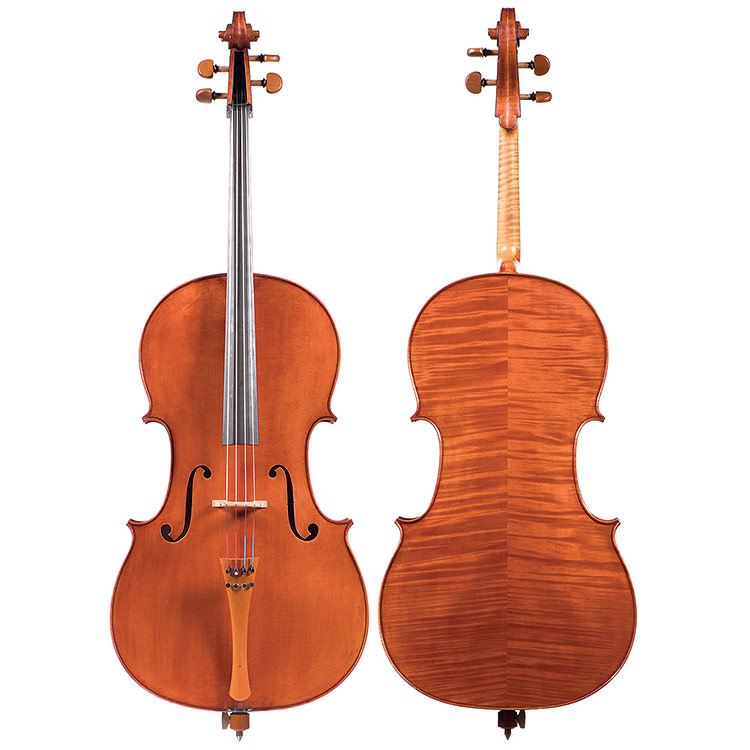 Currently the workshop manager at Carriage House Violins, John Dailey also maintains a career as a violin maker, building models based on Italian masters. John studied music theory, art, technical drawing, varnish, and violin making and its history at the Violin Making School of America in Salt Lake City from 1999 to 2003, then apprenticed with various luthiers, including John Young and Ryan Soltis. 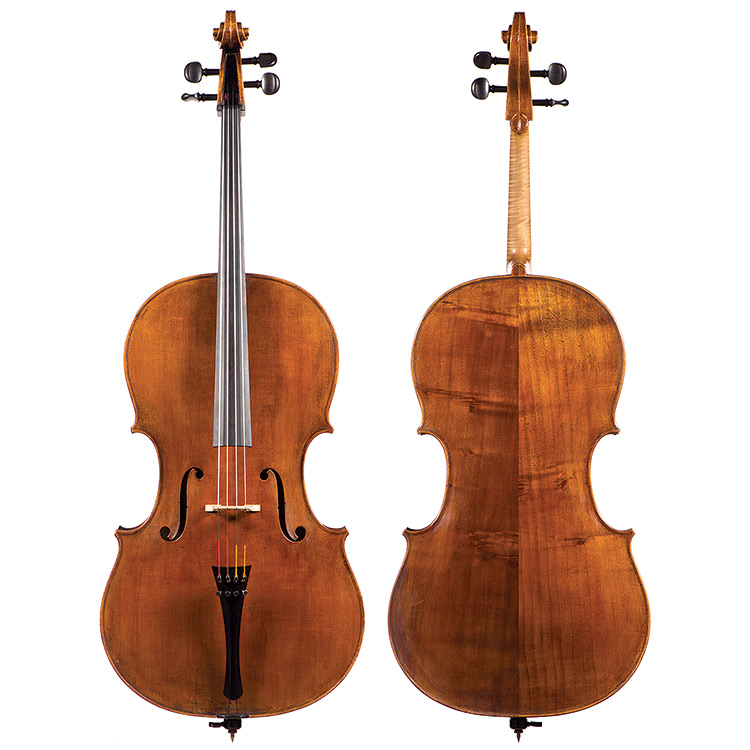 Award-winning American violin maker Paul Crowley worked as a sound engineer and professional double bassist before training to become a violin maker. After graduating from the North Bennet Street School in Boston in 2002, he worked with Michele Ashley and Marco Coppiardi for several years. He established his own Boston workshop, then moved his business to Brooklyn, New York, where he currently builds his own instruments.

Crowley’s instruments have won numerous awards, including a Silver Medal for violin tone from the Violin Society of America competition held in 2004, as well as two Certificates of Merit in 2014: one for violin tone, and another for viola workmanship. In 2018 his violin was one of two winners at the 21st Century Violin Search hosted by the International Violin Competition of Indianapolis.

He was elected to the American Federation of Violin and Bow Makers in 2010 and is a member of the VSA, regularly attending the VSA’s Summer Violin Making Workshops. 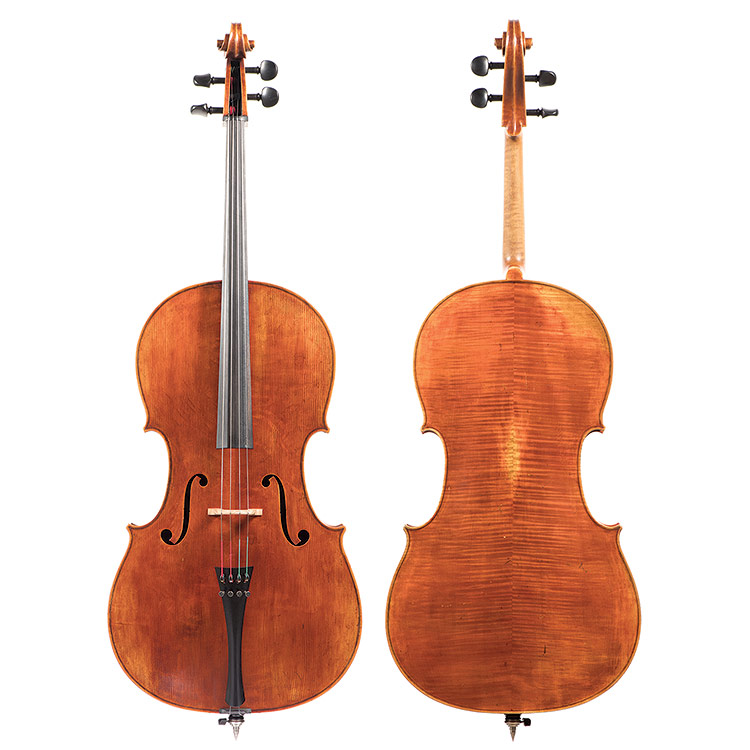 Acclaimed makers and restorers Joseph Grubaugh (b. 1950) and Sigrun Seifert (b. 1954) have been working partners for more than 35 years in the San Francisco Bay Area, where they also raised their two children. Sigrun studied at the Mittenwald School of Violin Making, and Joseph studied with Albert C. Muller. The couple met in Los Angeles while working at Hans Weisshaar's workshop, before moving to San Francisco to establish their own business.

Grubaugh & Seifert instruments have won multiple awards for tone and workmanship in international competitions, including five Gold and four Silver medals at competitions held by the Violin Society of America, receiving the Hors Concours designation in 1998.

Both have presided as judges at the VSA and other international competitions, taught at the VSA's Violin Making and Restoration Workshops at Oberlin College, written numerous articles for The Strad and Strings magazines, lectured extensively, and are sought after for their restoration expertise on important antique instruments. Grubaugh & Seifert instruments are owned by leading players in major orchestras throughout the world. 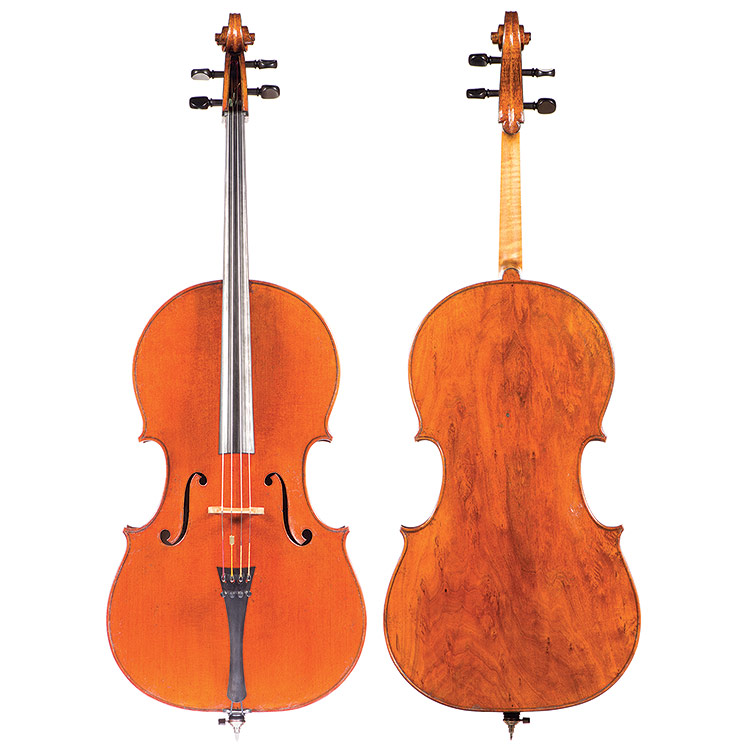 Guy Rabut was raised in a musical and artistic family where he began to play the cello at the age of nine. Along with his musical studies, he also developed a strong interest in the visual arts through his father, an artist by profession. This seminal association with music and art led to his career in violin making which began at The Violin Making School of America in Salt Lake City, Utah, where he graduated in 1978.

After working for five years at the prestigious firm of Jacques Français in New York City under Master restorer René Morel, Rabut established his own shop in New York City in 1984, dividing his time between making and restoring instruments. In 1992, with the opening of a workshop in Carnegie Hall, he began to focus exclusively on creating new violins, violas and cellos. Established over 30 years in New York, Rabut continues his dedication to new instruments in his workshop in the Chelsea district of Manhattan.

He has been featured in numerous articles and interviews in magazines and radio programs, and was the subject of a short film by Laredo Montoneri in 2014.

His instruments have won several awards in international competitions, and are owned by professional musicians throughout the world.

Michael Köberling is a German master luthier who specializes in crafting custom stringed instruments of concert quality. His instruments are highly sought-after around the world; his patrons include critically acclaimed American soloist Elmar Oliveira and members of the Atlanta Symphony Orchestra.

Köberling began studying violin making in 1984 in Grafenaschau with his father, Johann, whom he worked for until 1999. He currently works in Murnau, Germany, where his workshop produces an average of eight to ten instruments a year. His violins, violas, and cellos are made of the highest quality tonewoods. 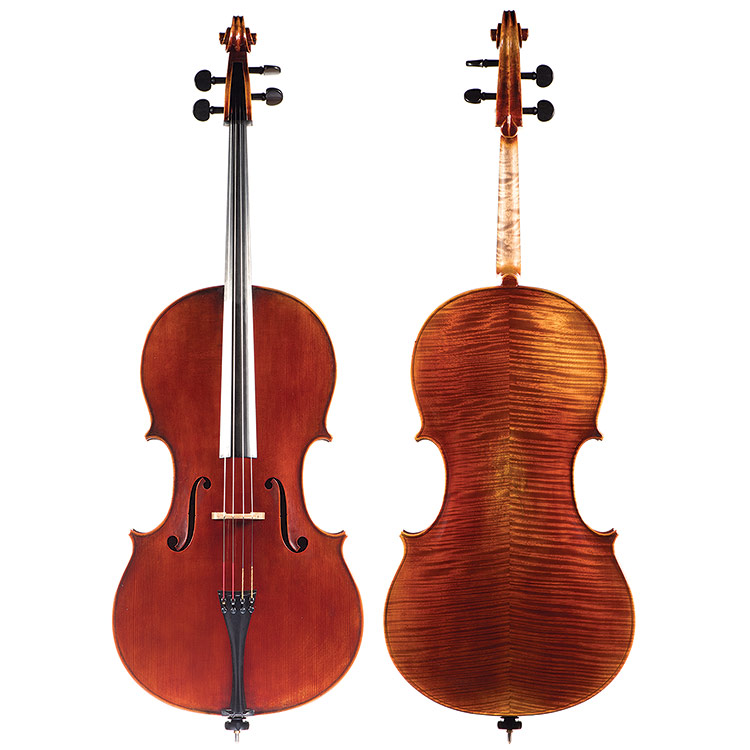 Ray Melanson studied art and violin performance at the University of Lowell in Massachusetts in the mid 1970s, before becoming interested in violin making. At the University of Rhode Island, he studied bow rehair and repair with Arnold Bone and violin repair with Hans Nebel, then traveled to Salt Lake City, Utah to study violin making with Peter Paul Prier at the Violin Making School of America.

Ray returned to Massachusetts in 1983 to found the Violin Making and Repair program at the North Bennet Street School in Boston, where he taught for four years, while continuing to restore stringed instruments and build his own violins, violas, and cellos. He now maintains his own workshop in Rochester, MA.

Melanson’s violins have received 14 awards at the International Violin Making competitions held by the Violin Society of America. Three of his instruments have won Silver Medals for tone, and most recently, he won a Gold Medal for tone at the 2012 Art of Sound International Competition. During his 30 years as a violin maker, he has built over 300 instruments, 80 of them cellos. His instruments are owned by musicians all over the world, including many well-known soloists, players in major symphony orchestras, and recording artists. Born in Slovakia and trained in Mirecourt, Strasbourg, and New York City, Valcuha’s illustrious career involved working alongside some of the most revered and influential luthiers and violin restorers in the world, J.C. Graff and Rene Morel. He established his own workshop in the Tarisio Auctions house in New York, where he performs expert restorations and maintenance. 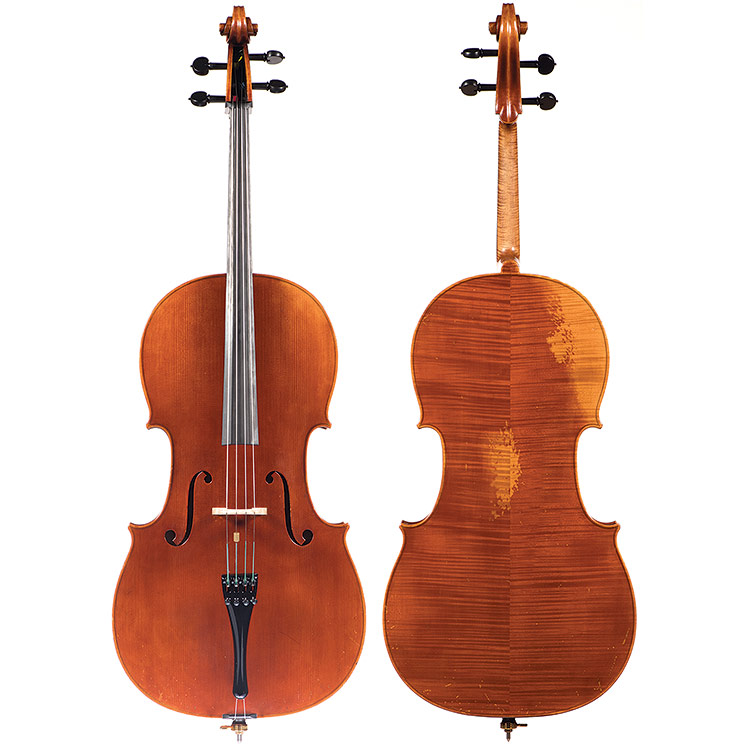