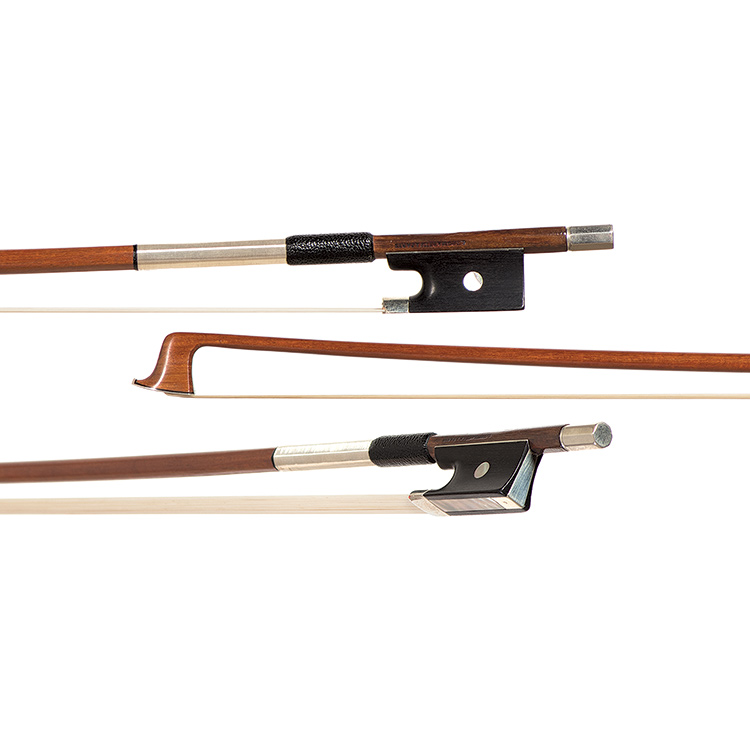 The best known of the Thomassin family of French bow makers, Claude Auguste Thomassin (1865-1942) became one of the most important and prolific bow makers of the late 19th and early 20th centuries. Born in Mirecourt, Claude worked in the Bazin family workshop alongside his relatives, Nicolas François Thomassin (1833-1903), Nicolas' son Victor Thomassin (1856-1920), and Louis Joseph Thomassin (1856-c. 1905). In 1885, Claude moved to Paris to work at Gand & Bernardel, the same year Louis Thomassin took over François Nicolas Voirin's famous workshop. The bows from Claude Thomassin's early period at Gand & Bernardel were stamped with the firm's full name, or as "Gustave Bernardel". In 1901, Claude Thomassin established his own business in Paris, where he produced a vast output of bows branded with his own name, "C. Thomassin À Paris." Claude Thomassin also made bows for numerous other French luthiers, including Caressa & Français, Alfred Jacquot, Paul Jombar, Émile Laurent, and Hippolyte Chrétien Silvestre, as well as John & Arthur Beare of London. The bows of Claude Thomassin are very highly regarded and sought-after by professional players.

Sold with a certificate of authenticity from Paul Childs.

About This Violin Bow 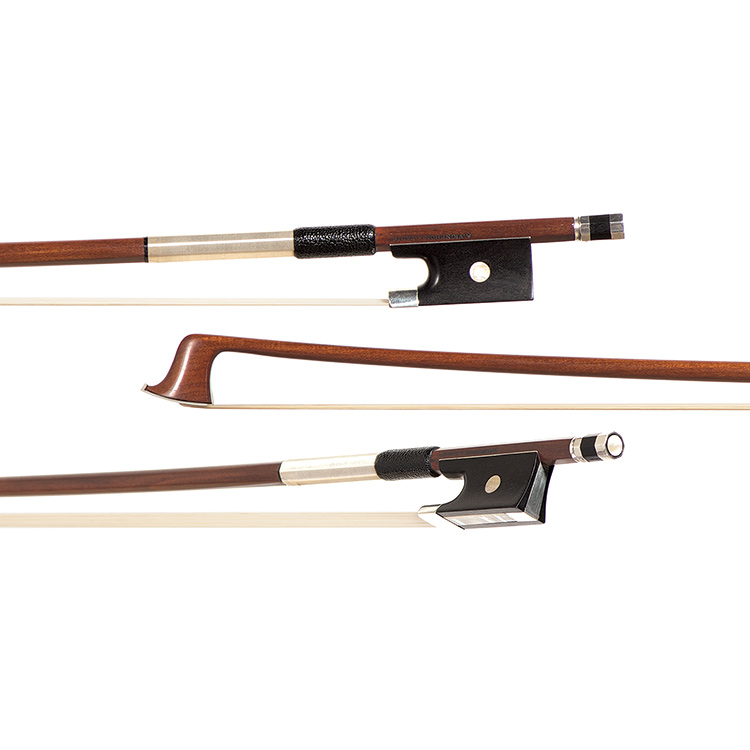 A French viola bow made in our opinion, by Charles Nicolas Bazin in Mirecourt, France circa 1890. The round stick is branded A. VIGNERON A PARIS and mounted with the original ebony and silver fittings.

Among the most esteemed French bow makers of the late 19th and early 20th centuries, Charles Nicolas Bazin II (1847-1915) was born into a family of archetiers in Mirecourt, France.

Charles Nicolas studied bow making with his father, François Xavier Bazin (1824-1865), while his uncle, Charles Nicolas Bazin I (1831-1908), ran a separate atelier in Mirecourt. After François' untimely death in 1865, the younger Charles took over his father's business at only 18 years of age. Becoming a highly skilled and prolific maker, C. N. Bazin II began a collaboration with luthier Joseph Hel in 1870, for whom he made numerous distinctive bows, including those with frogs designed with the Vuillaume miniature photograph eye. Bazin's own workshop thrived to become one of the most successful and renowned ateliers in France, where he trained his own sons, Émile Joseph Bazin, Gustave Bazin, and Charles Louis Bazin, and employed some of the most prominent bow makers of the time, including the Fétique brothers, Émile Auguste Ouchard, and André Richaume. In 1907, Bazin's youngest son, Charles Louis (1881-1953), took over management of the family business, while his father continued to make bows until his death. Bows made by Charles Nicolas Bazin II are extremely desirable among professional players and collectors.

Sold with a certificate of authenticiy from Salchow and Sons.

About This Viola Bow

Charles Nicolas Bazin | Mirecourt | circa 1890 | Round | Ebony and Silver fittings 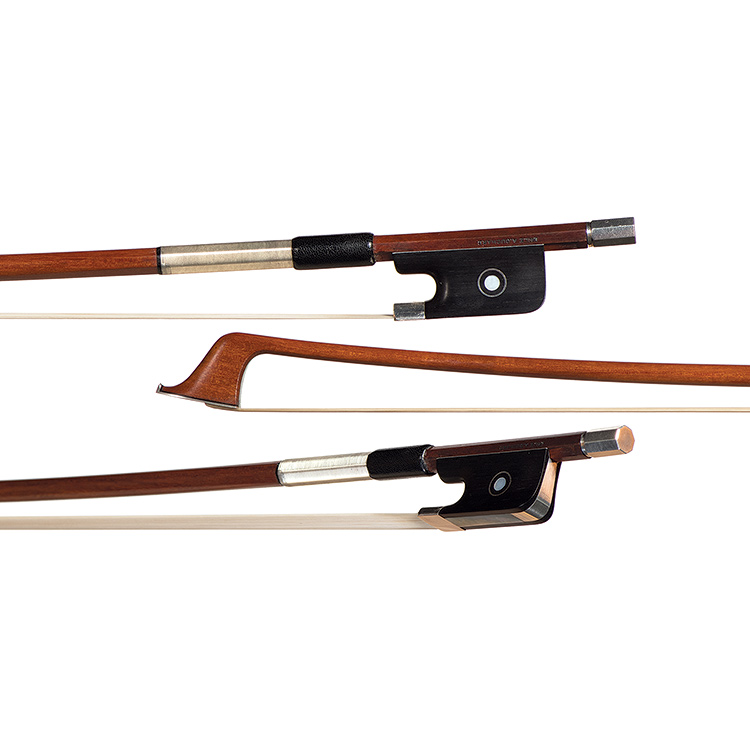 A French cello bow made, in our opinion, by Émile Auguste Ouchard in New York circa 1855

Celebrated French bow maker Émile Auguste Ouchard was born in Mirecourt in 1900 and died in Paris in 1969. He studied with his father Émile François Ouchard (1872-1951) at the famous Cuniot-Hury atelier in Mirecourt, which the elder Ouchard had taken over in 1910. In 1923, the Ouchards opened their own shop, which was highly productive for many years. In 1937, Émile August moved to Paris to establish his own business, then to the United States in 1946. He worked independently in New York for two years before taking a job at William Lewis & Son in Chicago for over a decade. During this time, Ouchard made annual trips to Paris, finally settling there in 1960. É. A. Ouchard's bows have won numerous awards, including the Grand Prix at the International Paris Exhibition in 1942. His sons Bernard and Jean-Claude also became noted bow makers. Émile Auguste Ouchard's bows are in high demand among professional players.

Sold with a certificate of authenticity from Salchow and Sons.

About This Cello Bow