Tom Holdener joined the Carriage House Violins team in 2016 and has since held multiple positions within the company. Under the guidance of Director of Sales, Robert Mayes, he has honed his skills as a salesperson, specializing in working with cellists of all levels, from beginner to professional.

A New York native, Tom has pursued his passion for classical music since the age of nine. He attended the Stony Brook University Pre-College program and spent two summers at the New York State Summer School of the Arts: School of Orchestral Studies. At the latter, he had the privilege of working with members of the Philadelphia Orchestra cello section, including Bill Stokking, Yumi Kendall, and Gloria DePasquale. His earliest private teachers were Sally Sanger and Amy Barston.

Tom received his Bachelor of Music from the Boston Conservatory, where he studied with Andrew Mark. His admiration for chamber music led him to festivals such as Killington Music Festival and the Foulger International Music Festival. He earned his Master of Music degree in Cello Performance at the Colorado State University, where he studied with Barbara Thiem as a Graduate String Quartet Fellow. He was a founding member of the Pluto String Quartet, who performed all over Northern Colorado from 2013-2016. In addition to his work with the Pluto String Quartet, Tom was a regular performer for the Fort Collins Chamber Music Society.

Using his vast experience as a chamber musician, Tom is dedicated to collaborating with his clients in finding the ideal match for them. He currently resides in Newton, MA, where he maintains an active freelance and teaching career in the greater Boston area. 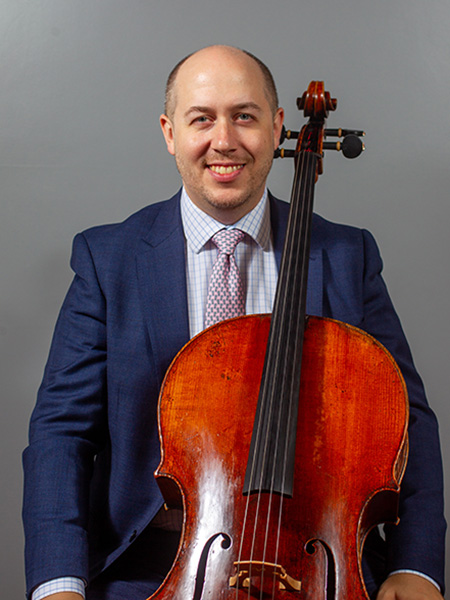