A New York native, John offers his clients an ear for music formed by direct contact with the great legacy of the golden age of violin playing. He has been fortunate to study with the concertmaster of the Boston Symphony Orchestra, Malcolm Lowe; the concertmaster of the New York Philharmonic, David Nadien; Peter Winograd, first violinist of the American String Quartet; and master pedagogue Joey Corpus. He has participated in master classes given by Arturo Delmoni, Sidney Harth, Sherry Kloss, Soovin Kim, Joseph Silverstein, Elaine Skorodin, and others. In 2015, the Jascha Heifetz Society awarded him the Steinway Artist prize, pursuant to which he performed a recital at Steinway Hall with the famed pianist Gerald Robbins, a Steinway Artist.

John has appeared as soloist with the Brookline Symphony, the New Philharmonia Orchestra, and the Rockland Symphony. As an orchestral musician he has performed with the Albany Symphony, the Cape Cod Symphony, the Portland Symphony, the Cape Ann Symphony, and the Orchestra of Indian Hill. Other notable performance experiences include a tour of Japan with Valery Gergiev and the Pacific Music Festival Orchestra, a concert with the Red Bull Artsehcro premiering the first-ever Concerto for Turntable at Carnegie Hall, and an appearance with Vince Giordano’s Nighthawks at the Iridium in New York. In addition, John has performed in tours of Mexico with the Philharmonic Orchestra of the Americas and with the same ensemble in the 2008 Gloria Estefan Tribute Concert hosted by the Latin GRAMMY® Awards in Houston, Texas, accompanying Gloria Estefan, Patti LaBelle, Jose Feliciano, John Legend, and Carlos Santana. 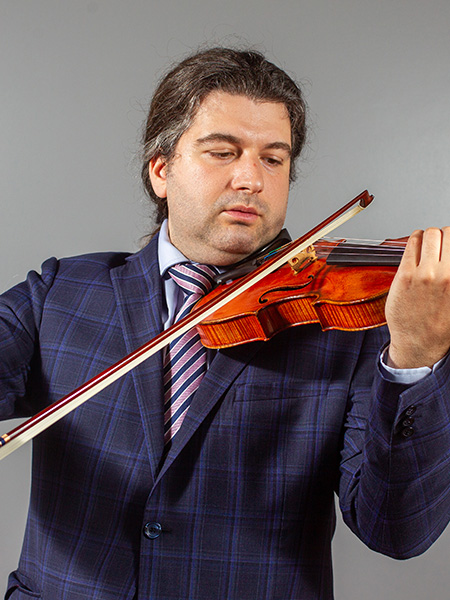