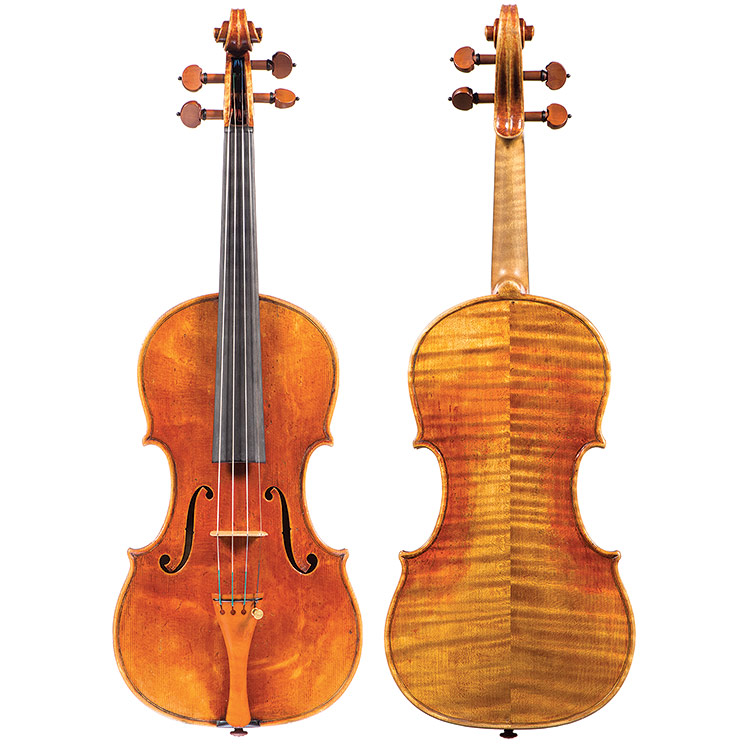 Born in Seattle, Washington in 1967, Robert Brewer Young is one of today's most active and accomplished violin makers. After studying as a photographer at the San Francisco Art Institute and working as a restorer of antiquarian books, Brewer Young began training as a luthier with Brice Dupin de St-Cyrat the Carnegie Artist Studios in New York.

Dedicated to charitable work since the early 1990s, Brewer Young has provided violins, violas, and cellos to numerous organizations, including El Sistema programs, the New York City public school system, violin programs in indigenous southwest United States communities, schools for the blind in New York and Calcutta, and to musicians in need during the Siege of Sarajevo.

In 2014, Brewer Young co-founded The Open String, a non-profit organization that provides quality instruments and supplies to musicians in need worldwide, from children's music programs in underserved areas to rising orchestras and virtuosos.

In 2018, he was appointed as one of the directors of W. E. Hill & Sons in London, where he currently serves as a luthier and co-manager of the violin making workshop, as well as the designated researcher and restorer of the historic Hill & Sons Archive. As a cello maker, Brewer Young's cellos are represented by J & A Beare, for whom he makes a limited number of instruments each year.

Among Brewer Young's clientele are soloists and orchestra players from around the world, including members of the Stockholm, Los Angeles, and New York Philharmonics, the San Francisco, Seattle, and Shanghai Symphonies, the Kirov and Paris Opera Orchestras, Harvard University, and the Metropolitan Museum of Art.

Brewer Young is currently completing doctoral work in mathematics and logic, and is on the faculty of the European Graduate School in Switzerland as a lecturer in philosophy.