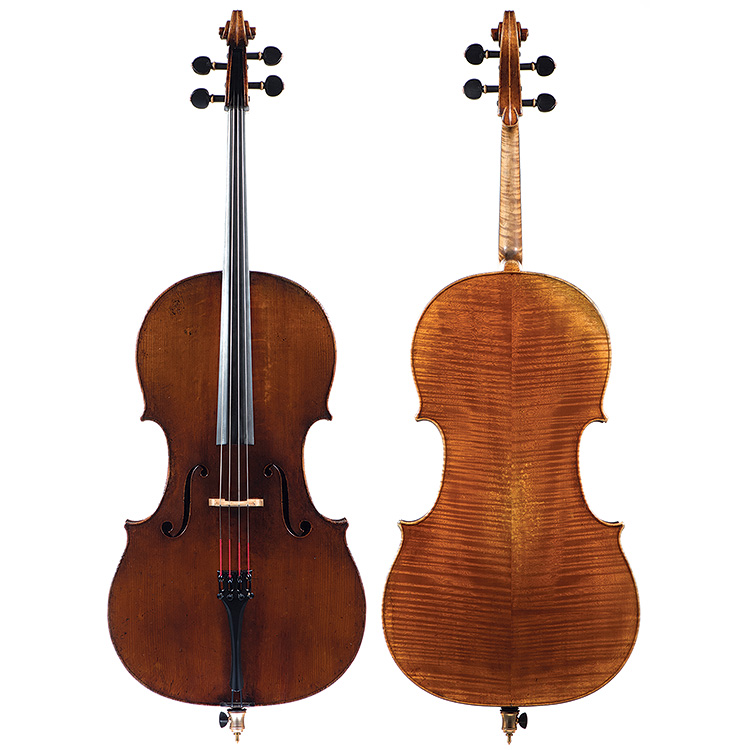 Remembered by history as much for his richly eventful life and unequaled success as an inventor, entrepreneur, and connoisseur as for his stature as a luthier, Jean-Baptiste Vuillaume (1798 - 1875) nonetheless is widely regarded as the greatest French violin maker of all time, with over three thousand instruments to his name and only Nicolas Lupot standing as a potential rival to such title.

The second son of luthier Claude-FranÃ§ois Vuillaume IV of Mirecourt, the young Jean-Baptiste apprenticed with his father in Mirecourt until 1818, around which time he began to maintain professional contact with key figures in the Parisian violin trade. His reputation grew quickly and by 1828 he had established his own independent workshop at 46 rue Croix des Petits Champs. He kept many of the greatest French luthiers in his employ, namely his brother Nicolas FranÃ§ois and then Hippolyte Silvestre, who remained until 1831 and was followed by HonorÃ© Derazey, Charles Buthod, Charles Adolphe Maucotel, and George GemÃ¼nder to name a few. He also employed many of the greatest French bowmakers, including Persoit, Dominique Peccatte, Fonclause, Maline, Pierre Simon, Francois Peccatte, FranÃ§ois Nicolas Voirin, Lenoble, Jean-Joseph Martin, Charles Peccatte, Prosper Colas, Justin Poirson, Hermann Richard Pfretzschner, Johann Christoph NÃ¼rnberger, Ludwig Bausch, and Charles Claude Husson among others.

In 1836, Vuillaume was entrusted by Nicolo Paganini with the repair of his beloved 1743 Guarneri del GesÃ¹ violin, known as "Il Cannone", and he took the opportunity to make a copy of that famous instrument. As tradition has it, upon the completion of the repair, Vuillaume presented his copy to Paganini side by side with the original, challenging Paganini to distinguish between the two, which Paganini was able to do only with great difficulty. After being played by Paganini's only known student, Camillo Sivori, Vuillaume's copy now remains beside the original del GesÃ¹ violin in the Genoa town hall.

In 1855 Vuillaume had his greatest success as an entrepreneur in his purchase of the collection of the Italian collector Luigi Tarisio, which included the 1716 âMessiah' violin by Antonio Stradivari and many other remarkable Cremonese instruments. This inventory made him the most important dealer in Europe and gave his workshop endless inspiration. In terms of his inventive activity, Vuillaume is remembered for the radical cornerless violin designs commissioned by him of FranÃ§ois Chanot in 1818, as well as for ambitious ventures such as the gigantic Octo-Bass, now preserved in the MusÃ©e de la Musique in Paris. This is all in addition to his many innovations in bow making, including the hollow steel bows made c.1834-1850, and the self-hairing bow which he patented in 1835.

As a scholar, Vuillaume cooperated with the acoustician FÃ¨lix Savart on theoretical approaches and varnish research as well as with the writer FranÃ§ois-Joseph Fetis, whose seminal work "Antoine Stradivari, luthier cÃ©lÃ¨bre connu sous le nom de Stradivarius" Vuillaume both contributed to and published.

Vuillaume was awarded numerous medals at Paris in 1829, 1833, 1839, and 1844. He also received the Council Medal at the London exposition in 1851 and was elected to the LÃ©gion d'Honneur by the French Government.

Sold with a certificate of authenticity from Jean-Jacques Rampal.