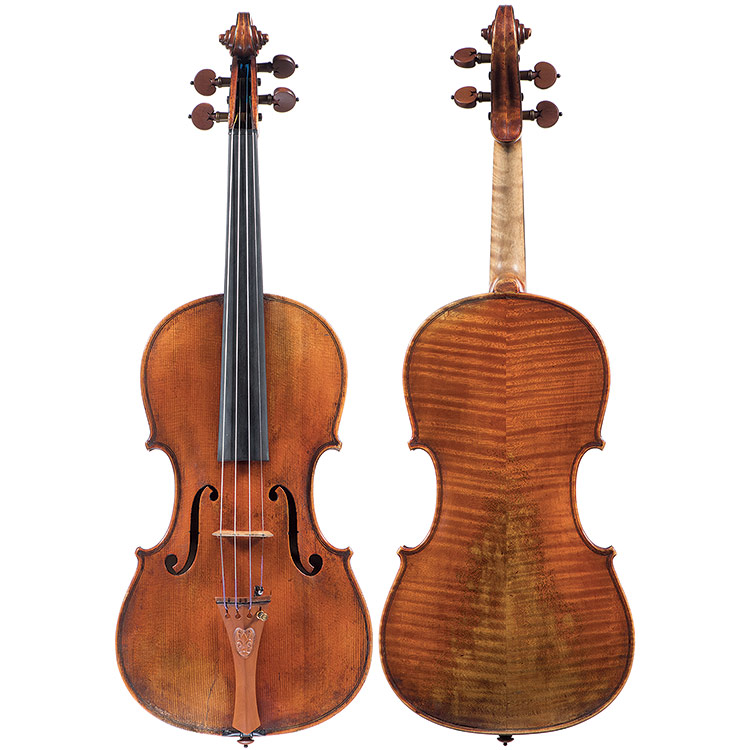 The celebrated Gemünder dynasty of violin makers began with Johann Georg Heinrich Gemünder (1782-1836), who served as the luthier for the Princes of Hohenlohe in Ingelfingen and Öhringen, Germany. The maintenance of the Hohenlohe family's collection of bowed instruments-which included a quartet by Stradivari-was entrusted to the Gemünder workshop, where Georg Sr.'s three sons, August Martin Ludwig (1814-1895), Johann Georg, Jr. (George 1816-1899), and Albert (1819-1885) assisted their father before pursuing their own careers. Among the earliest important makers to emigrate from Europe to the United States, all three Gemünder brothers arrived in the U.S. by 1847, bringing the high standards of European instrument making to early American lutherie.

After his father's death, George Gemünder traveled to work in numerous towns across Germany, Austria, and France, before joining the famous workshop of Jean-Baptiste Vuillaume in Paris around 1843 for a four-year apprenticeship. Here, Gemünder learned Vuillaume's copying and antiquing skills while working on several Cremonese instruments acquired by Vuillaume, as well as those owned by virtuoso players, including Louis Spohr and Ole Bull.

In 1847, Gemünder immigrated to Springfield, Massachusetts to join his brothers, who had arrived the year before to establish a piano and organ business. After a short residence in Boston, he moved to New York City to open a workshop in lower Manhattan in 1850, where he became a highly prolific and successful maker after winning first prize for his instruments entered into the Great Exposition in London in 1851, and taking top honors in numerous exhibitions to follow. Gemünder's convincing copies of Cremonese instruments were sometimes confused with original instruments, and as his success and reputation as the leading American maker grew, he bought property in Astoria, NY in 1873, where his business continued to thrive with the assistance of three of his sons. Meanwhile, his older brother August had established his own successful business in New York City with his own three sons, which would become the largest violin shop in Manhattan in the late 19th century.