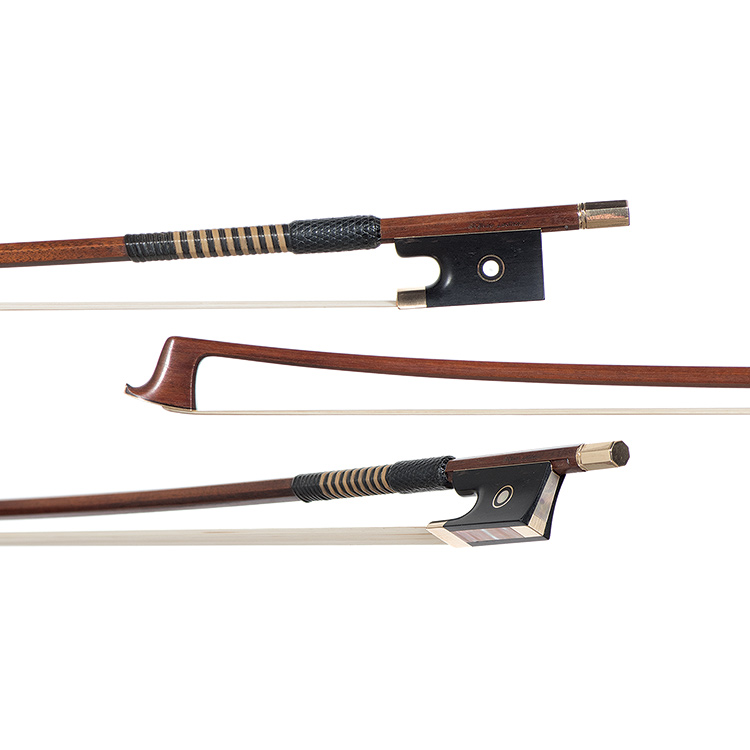 A French viola bow made, in our opinion, by Bernard Ouchard for the firm of Vidoudez. The octagonal stick bears the latter's brand stamp and is presently mounted in a contemporary ebony and gold frog. The original tortoise shell and gold frog accompanies the bow, and will be included as a part of the sale.

Among the most important 20th century French bow makers, Bernard Ouchard was born in Mirecourt in 1925 and died in Vittel in 1979. A member of the Ouchard dynasty's third generation of outstanding bow makers, he was the the grandson of Émile François Ouchard ("Ouchard père," 1872-1951), and the son of Émile Auguste Ouchard ("Ouchard fils," 1900-1969). Other bow makers in his family include his younger brother, Jean Claude Ouchard (b. 1935), who studied with Louis Bazin, and his uncle, esteemed maker François Lotte (1889-1970).

Bernard Ouchard apprenticed in Mirecourt with his father, with whom he moved to Paris in 1941 to establish a new workshop. After serving in World War II, he returned to Paris, taking over the Ouchard business after his father departed to the United States to work in New York and Chicago. In 1949, he moved to Geneva, Switzerland to work in the Vidoudez atelier for over 20 years. In 1971, Ouchard was appointed a professor at the Mirecourt School of Lutherie, where he made important contributions to the revival of classical French bow making in the tradition of Dominique Peccatte and François Xavier Tourte. Distinguished students of Bernard Ouchard include Benoît Rolland, Jean-François Raffin, and Stéphane Thomachot.

Sold with a certificate of authenticity from Bernard Millant.