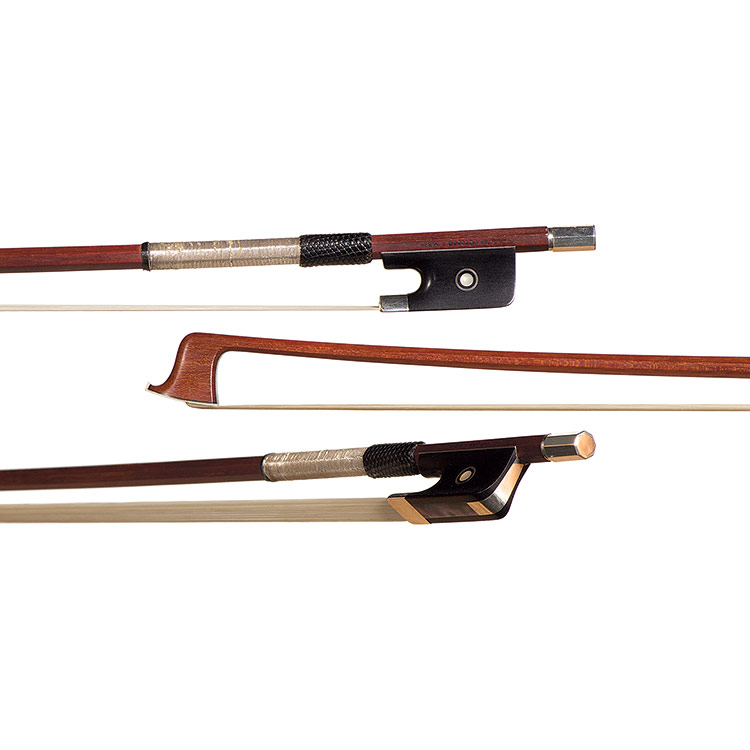 One of the most influential bow makers at the turn of the 20th century, Victor François Fétique (1872-1933) was born in Mirecourt, France into a family of luthiers. Son of violin maker Charles-Claude Fétique (1853-1911), Victor and his brother Jules (1875-1951) studied bow making in various Mirecourt workshops, including those of Jean-Baptiste Husson, Sigisbert Fourrier Maline, and Paul Émile Miquel, before working for Charles Nicolas Bazin II. Both brothers took jobs in Paris: Victor joined Caressa & Français in 1901, and Jules joined Eugéne Sartory's shop in 1902.

Fétique bows are highly regarded by professional players and collectors.

Sold with a certificate of authenticity from Salchow and Sons