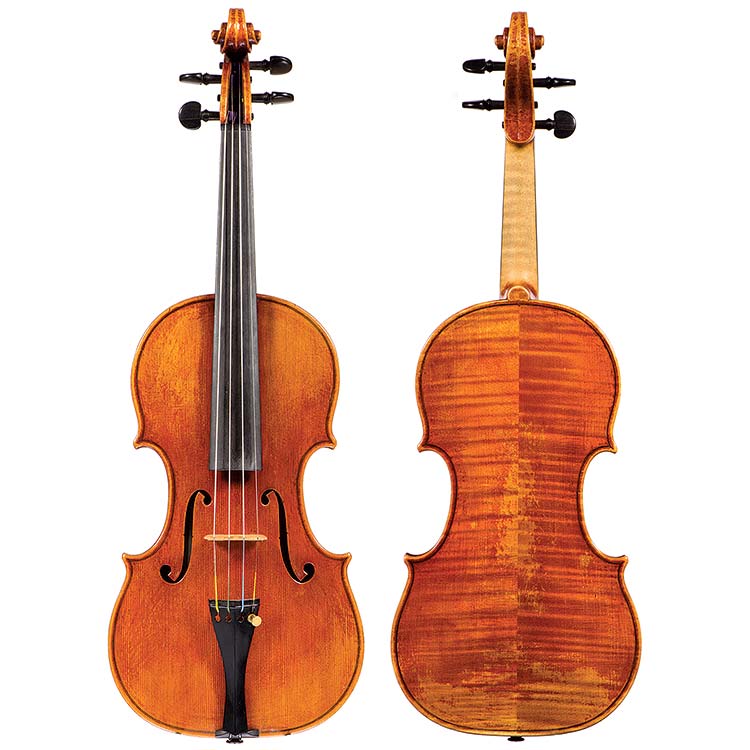 Born in Louvain in 1966, Thomas Meuwissen grew up into a family of eminent engineers, architects, scholars and entrepreneurs. Fascinated by sculpture and architecture, Meuwissen initially studied fine arts, where his love of materials and craftsmanship gradually took shape. After preparatory violin making studies in Belgium, he was accepted at the renowned Newark School of Violin Making in England. In the years following his graduation he perfected his skills in the workshops of Premysl Spidlen in Prague and Fréderique Chaudière in Montpellier, among others. After his civilian service at the Royal Conservatory in Brussels, Meuwissen obtained his first residency at that same conservatory in 1993, where he stayed until 2006.

Since 1987 Meuwissen has been working exclusively on the production of fine violins, violas and cellos. In addition to this, he has a worldwide reputation to conduct sound adjustments to some of the finest instruments of our musical heritage.

From his base in Brussels, Meuwissen has over the years built up an international clientele and his instruments are played by soloists including Igor Oistrakh, Vadim Repin and Maria Kliegel.

His work was awarded at the most important international violin making competitions and his instruments are held in several private and public collections: Royal Conservatory Brussels (BE), Conservatory of Amsterdam (NL), Beckett Collection (UK), Musical Instruments Foundation(NL), Dextra Musica (NO), Hochschule für Musik: "Felix Mendelssohn-Bartholdy" (DE) and the Queen Elisabeth Music Chapel (BE).

Meuwissen is an elected member of "l'Entente Internationale des Maîtres Luthiers et Archetiers d'Art" since 2006. He is regularly asked to give commentary on radio and television. For the Queen Elizabeth Competition for violin, he gave exhaustive television commentary on the instruments played by the finalists. Numerous articles have covered his oeuvre in both national and international publications.