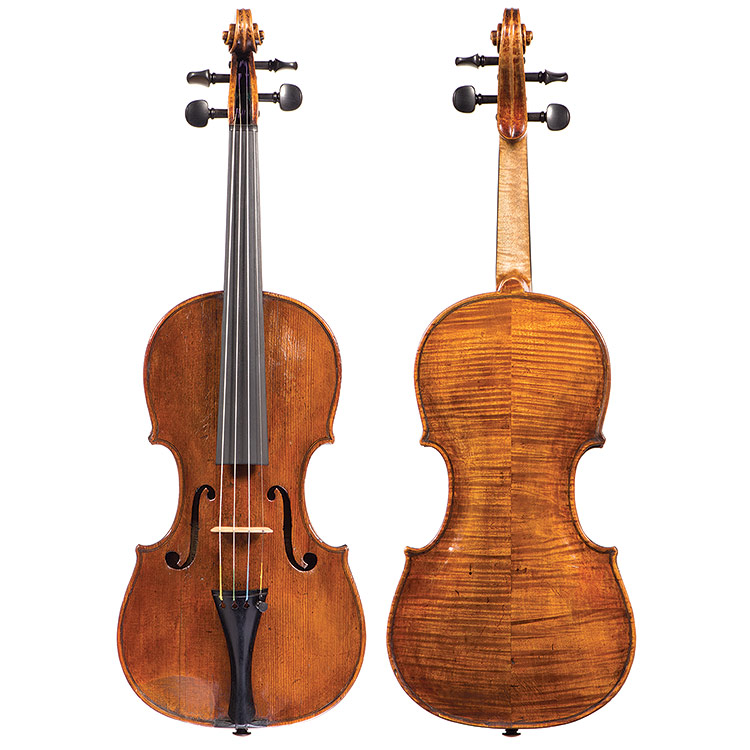 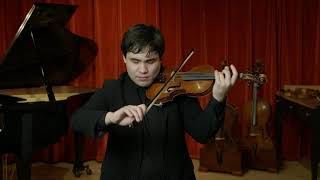 A French violin made, in our opinion, by a member of the Andrea Castagneri school in the mid 18th century and bearing a label dated Paris 1743. The scroll later.

Born in Turin, Italy in 1696, Andrea (André) Castagneri (Castagnery) moved to Paris around 1719 to work at the Hôtel de Soissons for Victor Amadeus I, the Prince of Savoy-Carignan, a music enthusiast and Intendant of King Louis XV's Menus-Plaisirs du Roi. While serving as the Prince's valet and music copyist, Castagneri became an instrument dealer of Cremonese instruments, trained in instrument restoration and making, and became associated with musicians of the 24 Violons du Roi. Castagneri built numerous instruments, including viols, violins, violas, and cellos, incorporating French making techniques with the primarily Amati and Stradivari patterns he copied. Castagneri employed his nephew from Turin, luthier Giuseppe (Joseph) Gaffino (c. 1725-1786), as his assistant, and expanded his business to include music publishing, which his daughter, Marie-Anne Castagneri (Castagnery), developed into a highly successful publishing company. Following Castagneri's death in 1747, Gaffino inherited his uncle's vast inventory, and expanded his own workshop into a thriving full-service music retailer, where he continued to build instruments in the style of Castagneri.

Considered among the most important French makers of the first half of the 18th century, instruments influenced by Castagneri's style, such as the violin offered here, are very highly regarded today.

Sold with a certificate of authenticity from Reuning and Son Violins.